A Change in Plans

Safe and sound and back home. The flight from Miami to Newark was as uneventful as can be, which I was thankful for considering just how many times it was changed and how ready I was to be home. I wound up having an entire row to myself and slept the majority of the flight.

When the cab got in to Hoboken though, it was immediately evident that the town had been through an awful time. The streets downtown by me are lined with peoples ruined furniture and belongings waiting for garbage collection. There is a distinct moldy stank in the air. It is heartbreaking to think of how many people not only lost their homes but all of their possessions. I do not know what I would do if that was me.

I knew that our building had been filled with water on the first floor (I live on the second) and had witnessed firsthand last year through Irene just how bad the flooding could be. By the time I returned they were already in the process of pulling up tile, redoing the walls, carpeting etc. Last year they waited and the next think you knew there was mold everywhere and mushrooms growing out of the walls. Not a safe or pretty sight. 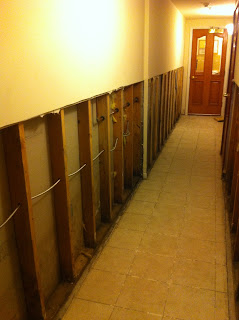 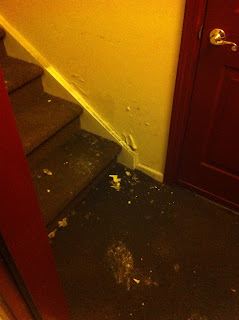 The firs t thing I did was throw my bags in my room and run out the door to rock my vote! I know that my state is a blue state but that does NOT discourage me from submitting my vote. I knew Romney would not win my state but I have a lot of pride in the right to vote and will never miss voting in any election. (and that is as political as I will get!)

The next thing I did was head to the gym to run. I needed to loosen up after the plane ride and get some miles in. For some reason I was barely breaking a sweat, and took it relatively easy but it felt so good. 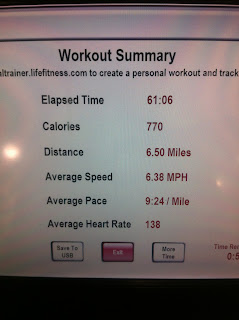 I had grandiose hopes of stocking up on some food after the gym, but low and behold the stores pretty much have nothing. But that doesn’t mean that I am not going to be resourceful. I am just going to be eating simple. Dinner has been brown rice, black beans, chicken sausage and salsa bowls. They are delicious! Basics for breakfast, pumpkin mixed with oats, and lunches of greek yogurt, soup and protein bars. And for snacks I have plenty of almonds, meal bars and fruit. Obviously can’t wait to stock up on fresh produce but all in due time. I am quite sad I definitely lost hundreds of dollars of food but if that is my biggest loss, I am not in a position to complain about it.

Wednesday I was prepared for an awful commute into the city but looks like I missed the worst of it or people just really went earlier to the office because I was in, in record time. Not going to complain. Work was a whirlwind of trying to make heads and tails of what needed to be done and prioritize.

After a crazy day during which is started snowing (really? Thanks mother nature for the nor’easter – going from Miami Tuesday to snow Wednesday was special) I figured I would hit the treadmill at work and got in another few easy miles. Again these felt super easy to me. 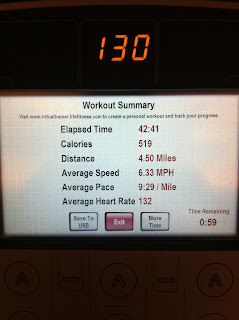 Which leads me to this email that I received: 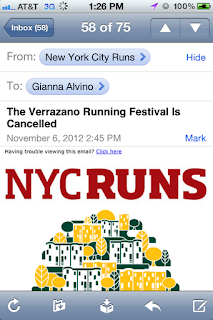 I am not 100% sure how I feel about this. On one hand I am relieved. Two half marathons in one weekend? Who do I think that I am?

On the other I am really disappointed. I mean come on how awesome of an accomplishment would that be, and I would feel ready to really rock the marathon training if I could put my legs through that punishment back to back. So now my weekend’s plans have changed.

I will be running the Trenton Half on Saturday and seriously my weekend strategy for running was “survival” just make it through both of them without wanting to kill myself (dramatic I know especially since this was self imposed predicament).

I have taken a look at the geography of the course and I think I am going to aim for a PR for this one. Unless the Verrazano FestivalHalf is rescheduled, this will be my final half of the fall and final distance race (I have a 15K in December but the rest are baby races 4-5mile mostly) until the ING Miami Marathon in January.

Figure go big or go home? So instead of going into this one with a who cares attitude, that I will just run for feel, if my body continues to feel as great as it does now and has all week running I am going to be gunning to beat the PR I got at Newport in September!

I can’t wait – I haven’t been really “trying” for anything in any races lately; and this has potential to line up perfectly. The weather is set to be sunny and in the 50’s and the course mostly flat, a couple inclines but overall…I think I can do this. As long as my stomach cooperates as it has really been my main obstacle the past few races.