I decided to race a 5K this weekend a couple weeks out from my half to get an idea of where my speed was at. For me, I do some of my best work in races. I am pretty competitive and will often push myself harder in a race environment than I will during a speed workout.

I was coming into the race not exactly rested. I did a tough bootcamp the day before and an 8.6 mile long tempo the day before that. Also the course is very hilly it is in the army base at Fort Totten. I ran the 5K the year before – plus it was where my July ultra was. It is a lot of up and down. This year they changed the course and race timers and had it USATF certified (or so they said…).

I was able to get in 3.5 miles to warm up prior – the race was in my town so I planned to sandwich it into my long run. My legs didn’t feel great on the run so knew it was going to be a hard day.

It is on the small side, and would only be timed by gun time so I lined up near the front. My goal was 100% to PR – which meant going under 25 mins.

The race took off to an immediate down hill. I went entirely too fast down it which you know is the way to go in a 5K, trash the legs immediately! It was followed but a longer up hill and then another downhill until we got to the flat path way to the water front.

Within a mile, honestly even less, my legs were completely shot.

My motivation? A young girl, probably 9-10 who was keeping pace.

There was a cone turn which killed any momentum (I think I audibly groaned as we went around) at about 1.5 miles. I knew that would be the only way to turn but it still sucks.

Then we went back into the Fort and it was uphill for about .5 miles.

Totally over the race at this point. I knew I was fading but just tried to keep moving and powering my arms.

Finally got a bit of reprieve with some flat, a short slightly downhill slope and then a turn and uphill before flat to the finish.

My goal was to not let a woman who I eyed as about my age pass me. And mission accomplish, by maybe a second.

I love this pic of us all coming into the finish. The man was coaching his daughter in (and running our pace like it was a walk in the park)! 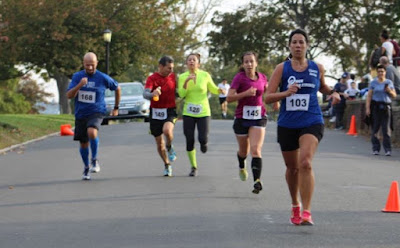 I saw the time on the clock and was immediately in shock. Then I also realized I hadn’t heard my watch beep for mile 3.

The result – all of us showing that the course was just shy of 3 miles.

Considering my goal was to come in under 25 minutes and I came in at 22:39 – totally bummed. Especially considering they said it was certified. I don’t know who bungled that up but it is really disappointing. 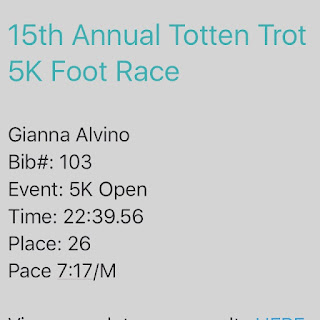 All things going I would have come in 23:xx which would have been a massive PR. I left it out there. I was completely done at the end.

But, this was the first time a race course has been really under for me.

I did get a 3rd place AG so that was nice (although I won it last year with a MUCH slower time!).

Goal now is to find another 5K – that is flat because that was really punishing!

Who else has dealt with this? I was proud of my time and posted my official results and felt a bit guilty like I needed a disclaimer – but end of the day it’s not my fault about the course but, I am not using this as my PR I don’t feel that is justified.
Posted by Gianna at 12:02 PM 2 comments:

Hello! I just realized it has been almost a month since I have written a post!

Not that that is totally unusual but made me realize the new job and such has been eating up a LOT of my time and in my down time I am being a total bum. I go days without checking up and reading others blogs either. Just no time for that!

So what has been going on?

First work. Holy cow. This is the toughest job I have had. Moved up position wise and also am in a totally new area of media then throw in the learning curve of a massive company and I am fried - but loving it! I can't believe I am just about 2 months in! Also, they are very in touch with creating a solid work environment. Please see last week - they brought in puppies (adoptable!!) to one of our happy hours (also very big on these!). 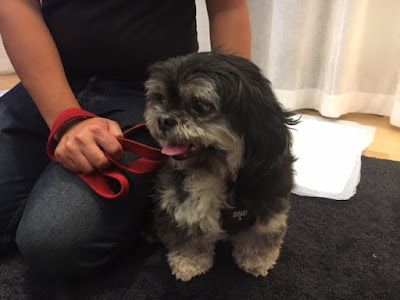 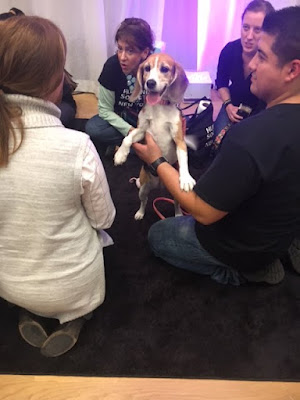 Health wise, fingers crossed but I was at my hematologist last week and looks like my blood levels are already improving. I still feel exhausted but I think mentally I need to stop thinking it is medical and realize work, plus training, plus seasons changing (aka all the darkness) are having an effect.

On the running front, dropping down from the marathon was 150% the BEST decision. It is freeing to not have to plan every weekend around those LONG LONG runs. I am still running long - 12ish miles for the long run on the weekend - but not having to fuel and being able to keep it under 2 hours has been good for me. I have moments of FOMO but then am like do I want to go run 18 miles...nope. The feeling dissipates.

I'm excited to get out there and race. I do think that I am capable of running a solid race and if the cards line up coming close to a PR (1:53). But I am not in a it must happen or all hope is lost mode. I'm doing the work, varying the runs, paces and taking a full day of recovery and time will tell.

I did toy the past 3 weeks with dropping my running days from 5 to 4. I still hit 30 miles by making one run an 8-9 miler during the week in which I do speed work in the middle. I like the higher midweek miles and also hitting paces in the midst of longer runs but to be honest kind of like running 5. And, my legs do not feel ANY more refreshed dropping a day. So this week may add back in one. What can I say, I love my running high and bootcamp just feels better with a few miles of recovery after.

I am also loving fall temps. Ugh. It has been amazing. Cooler weather + running = heaven. Plus being able to be lazy on the weekend mornings and NOT set an alarm to zero dark thirty like in summer or risk dying in heat and humidity = fabulous! 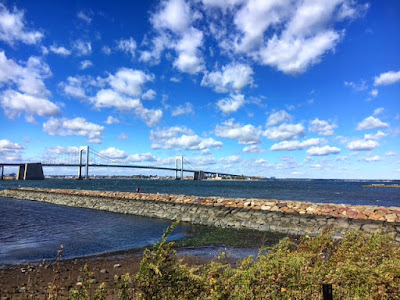 I even ran in the rain, wind and cold on Saturday morning and enjoyed it! Or well I enjoyed the satisfying brunch that came after ;) 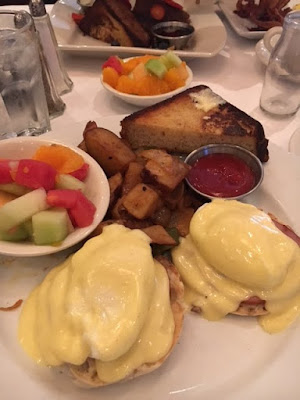 And that is about all for now! I am signed up for a 5K this weekend and excited to see what kind of turnover I have. Should be a good little speed prep to see where I am at. I always do way better if a race is on the line and would love to avg below an 8:00 pace for this race but we shall see!
Posted by Gianna at 12:12 PM 2 comments: