Grete's Gallop: Recap (and then some)


Another weekend another race and then some!

I will elaborate on that, but first let’s talk about my fail for Friday’s run. Sigh. Well intentioned. Had my gear with me and was going to run in the work gym since it was just a few miles. OF COURSE, the gym was closed because of a leak in one of the locker rooms. I didn’t get back to Hoboken until 7:30 since I had worked late in general and decided to nix the run in favor of a stop at Fleet Feet as well as Aspen Garden and getting a good nights rest.

I made plans to go for a run in the morning first thing and then have some fun with Tara. So all was not lost on my running plans!

Saturday was a great day. It was kind of chilly but we wound up doing a nice little 4.5 mile shake out. I have to say though my legs were still feeling like lead and in general I just couldn’t find a groove and felt lethargic.

I’m pretty sure that it is because I have been kind of deviating and indulging over the week. Being tired and getting home from work and skipping runs/scheduled workouts just makes me tired. Nutrition is such a big part of the equation and while all day long my eats are great dinners/snacking at night last week were definitely too much. By Friday I was reigning it in because I knew it was imperative for the half marathon but it would prove to be a little too late.

We also wound up back at Fleet Feet, hello cold gear tights and compression socks! New loves. Getting a Halloween costume for my sister and I for the Miami Halloween Half as well as manicures. All by 1pm. I love it. I’m ready to crash when most people are finally leaving the house!

Wound up doing things around the apartment the remainder of Saturday afternoon then heading out for a little bit for a friends birthday before calling it a night and in bed by midnight.

Which brings us to Grete’s Gallop Sunday morning!

The race had a start time of 10:30 because there was a 1.7 mile race and kid’s race prior to that. Kind of an awkward start time but being able to sleep in until a normal hour was pretty nice. Ever since signing up for the marathon I have decided that I am going to be trying out eating and fueling since there is NO way to get through a marathon without it. So I had a prerace meal of pumpkin oat pancakes (or rather one gigantic pancake!). It was delicious. 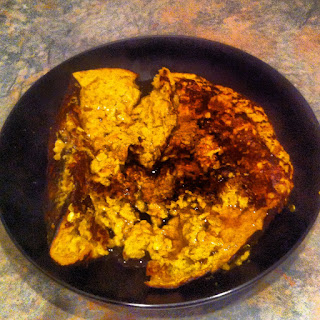 The weather was also pretty great. Sunday was a lot warmer than Saturday so was able to race in shorts and a tank and my lovely new compression socks! (I know I know never race in something new but turned out just fine. And I never want to take them off).
The route for the race was 2 loops clockwise of Central Park plus an extra 1.2 miles around. I thought that going up the west side was easier than attacking Cat and Harlem hill. Boy was I wrong.

From the start of the race I struggled to find a groove. I couldn’t really get to a pace where I just felt comfortable and like I was cruising. It got HARD. The west side is basically uphill the whole way. Not. Cool. Not to mention the wind coming down the East Side. I felt like I was trudging along the entire time.

What was pretty cool though was as we were getting to the finish line the first time around the top runners were arriving! So awesome to be able to cheer them on. It definitely gave me a little boost of alright this isn’t too awful! But then I kept going and yeah, it was definitely a fight. I am sure that if there are race pictures I look like hell. I felt like a hunched over elderly person trying to make it up the inclines. They felt like mountains.

I knew that there was no way I was going to PR not that I came into the race hoping to, but when my stomach acted up for the first time I stopped. Not once, but twice at miles 11 and 12. I figured why not be comfortable than run with a totally upset stomach? Official finish was 2:04:33. So I didn’t run AWFUL or anything (plus I mean, I stopped!), but the run was just TOUGH. It is kind of nice though to be humbled every once in a while by a truly challenging run for all of those that come easily. But note to self; Grete’s Gallop is no breezy run in the park, hehe. She got the best of me for sure. Splits weren't too bad. And actually a PR for the park but nothing to write home about. I was just happy when that race was over. I need to run hills more. Let’s see if I actually heed this.

So now brings us to the really fun part! My legs were crazy beat after the race. But I had promised my friend I would help her reach 22 miles for her NYC Marathon training after. Which had me running a little more than 3 more miles around the reservoir. Which brings me to my highest mileage ever! 16.4 miles baby! I feel so accomplished! Bring on the marathon training. 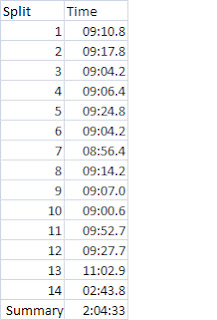 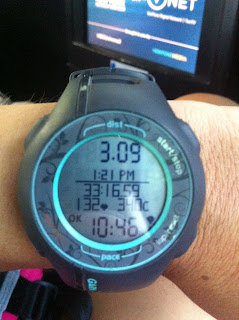 After all this we were beat. We stretched out and then decided a Mexican fiesta was in order! Insert Charritos and we were happy little runners.

I was officially spent by the time I got home and showered and was asleep by like 8:30. Rock star status.

Monday morning I did a quick 30 minutes on the elliptical to stretch out. I was surprised I was not as stiff as I thought I would be considering my legs felt dead Sunday. I actually think doing those super slow few miles after the race on flat ground helped me out. No running yesterday though as I had a date last night! This morning I am tried to get back into my two a day groove. I did an easy 30 minutes of cardio and then lifting: shoulders and arms. And deadlifts because they feel; oh. so. good. But tonight we are planning on a nice 4 miler through the park. Just a little one to shake out. I can't wait to RUN. A day without feels like eternity some times.


I have also told another friend doing NYC that I would do 16-18 with her this weekend. I don’t know who I think I am. Obviously I am capable of it. And I don’t have a race this weekend myself so why not? Sure. That is totally how a rational person thinks. Or not.

I think it is time to end this long rambling post filled with a mish mosh of my past few days! But the overall takeaways to myself are to start running some hills damnit and figure out just how the heck I plan to fuel during the marathon without my stomach fighting me the entire time. Sounds like a lot of time to figure it out since it isn’t until the end of January but there really isn’t. Sigh. #runnerproblems
Posted by Gianna at 12:52 PM