A No Race Weekend???


Well now, my weekend didn’t quite shake out according to plan.

I was supposed to be running the Staten Island Half Marathon on Sunday – however, when my friend went to pick up our race numbers, they had no record of my registration. Low and behold; I actually never registered. That oops turned out to be for the best though. And with running two half’s two weekends in a row taking a week off (because I have another this weekend) is not exactly detrimental.

Oh yeah, and did I mention that I decided to go long and do a 10 miler before work on Friday (at which point I still thought I was doing a half on Sunday) no rhyme or reason to why I decided to other than that I couldn’t sleep and was wide awake shortly after 5 with time to kill. And didn’t exactly take it super slow or anything. Pretty much the second I got 5 miles out I was thinking to myself that it wasn’t one of my brighter ideas (also a recurring theme in my life).

So I had a very different type of weekend! I was social, I did things, it did not revolve 100% around my running schedule. Craziness. It was kind of nice going into the weekend having already done a long run before it even began. So Friday night I was able to enjoy a lovely date night. And of course 3 glasses of wine when I was so busy that I did not eat much plus being dehydrated from my run meant I was quite the tipsy lady by the time I got home.
Saturday mornings quick run was not one bit of fun. I got a side stitch literally in the first two minutes of starting my run. I was clearly super dehydrated and the entire run I battled between wanting to speed up even more because I wanted it to just be done and then also needing to slow down because I was feeling a little nauseous. Oh wine you little devil. I just banged out a few miles and then, it was time for us to head into central Jersey for wedding fun!

This was a whole family affair. It was really nice to be home. My sister was up from Miami as she was in the wedding and the whole affair was a ton of fun. It was also nice to not have the pressure of not drinking and being on a train after getting home at 2am then heading to run a half at 6am. It is all about balance and it was funny but everyone was pretty excited by the fact that I was drinking and was not going to be running. I definitely had a little bit TOO much fun (is there such a thing, why yes, yes there is). I woke up at 5am Sunday and thankfully chugged a bottle of water and advil and after a couple more hours of sleep woke up feeling refreshed much to everyone’s surprise! 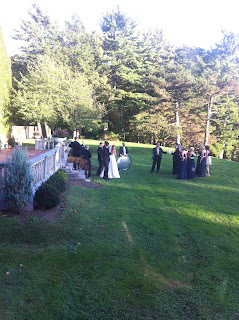 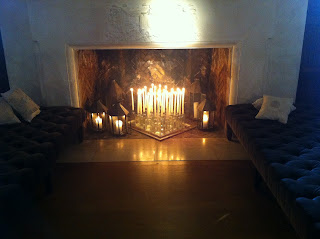 Sunday was spent in full on recovery mode. I did not run. I didn’t do anything excessive. The most I did was some cleaning, grocery shopping and cooking once I got back to Hoboken. And not going to lie, I am still not feeling totally normal. I do not forsee drinking like that again for a while. But, it was worth it for a lot of fun over the weekend. Tonight I plan on doing a moderate run which should be fun. And by fun I mean it is either going to really be awesome or I am still going to feel nauseous during it. Time will tell.

I need to get back on track with lifting (I didn’t set foot in the gym ONCE last week since I ran the entire time outside). So this is my schedule I have made for myself for the week:

Wednesday I am running with my friend in the city which should be great. Thursday might have to do that run in the morning as well as lift because I may have plans but that is my “goal” for what the week should look like. I do modify mileage based on how my body feels. Plus I want to keep the mileage between 30-40 each week. That amount seems do be doing well with my body at the moment.

Oh and have I mentioned…I am going to do a full marathon in January. Yup. Just decided. Bahamas Marathon the weekend before my birthday. And a week ago I said I had no desire to do one. I am clearly very decisive.
Posted by Gianna at 3:08 PM