This past weekend was quite the running one! I mean yes, most of my weekend usually involves a bit of running but I was running the NYRR 5th Avenue Mile on Saturday (for the first time) and then the NYRR 18 Mile Tune Up on Sunday as part of my 20 miler.

I was really excited about the Mile. Well mostly. I have never “raced” one and my strategy was just to go to the pain place…just hopefully not too early on. I warmed up by running up to the start. This might have been my favorite part – we were broken out by heats male/female based on age so I was able to cheer on the first 2 races as I made my way up to the start. 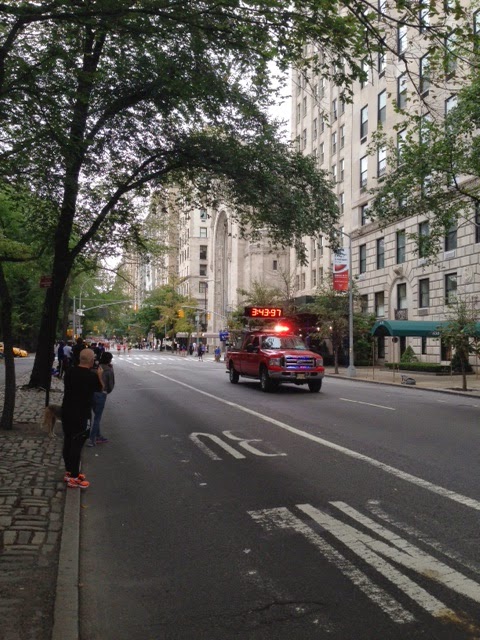 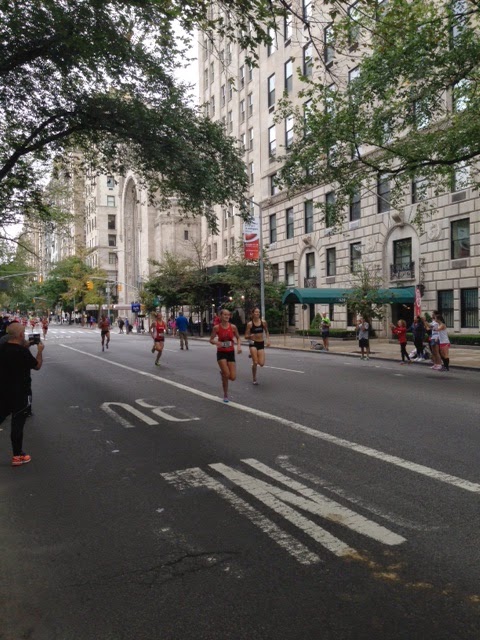 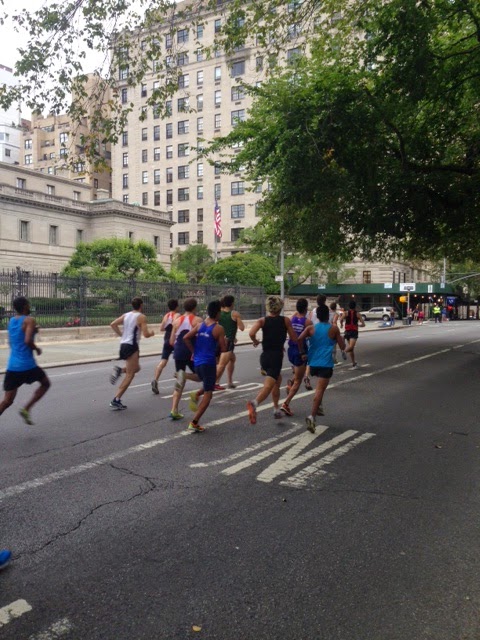 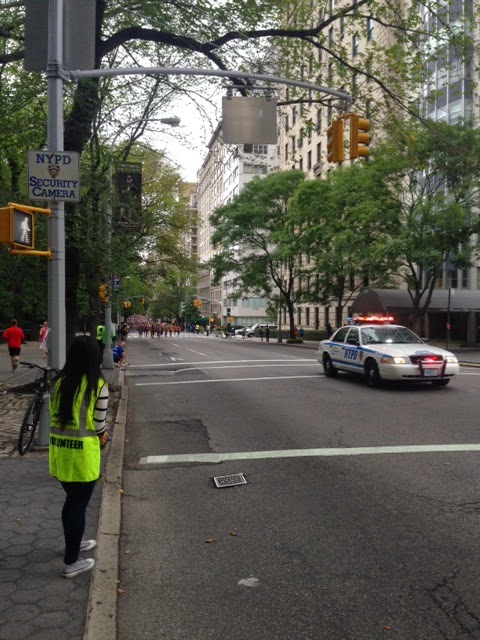 I got to the corals a few minutes before the start of mine and jumped in. Basically the course starts out slight downhill then uphill to the half then a nice downhill before flat to the finish. As I came to the ½ mile point and crested that hill I knew I had gone too fast and just tried to maintain to the end but I know I slowed a bit. True story – my ARMS were sore as I was running – thank you strength workout + I guess I was using them! The outcome was 7:22 – I was happy enough with that. I then headed over to the group from November Project to cheer on another couple heats before running my way back to the bus and heading home. 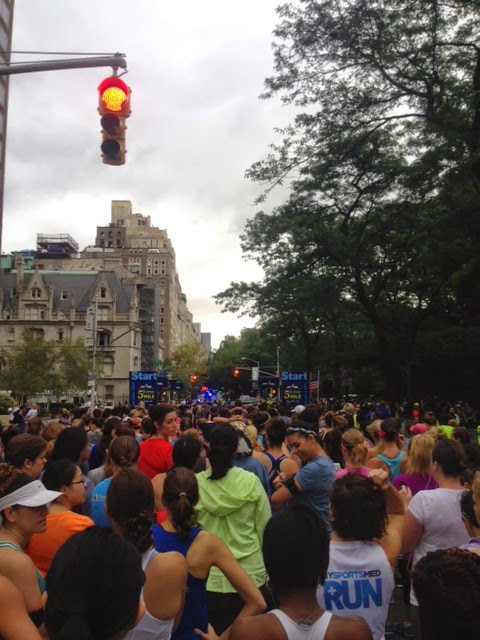 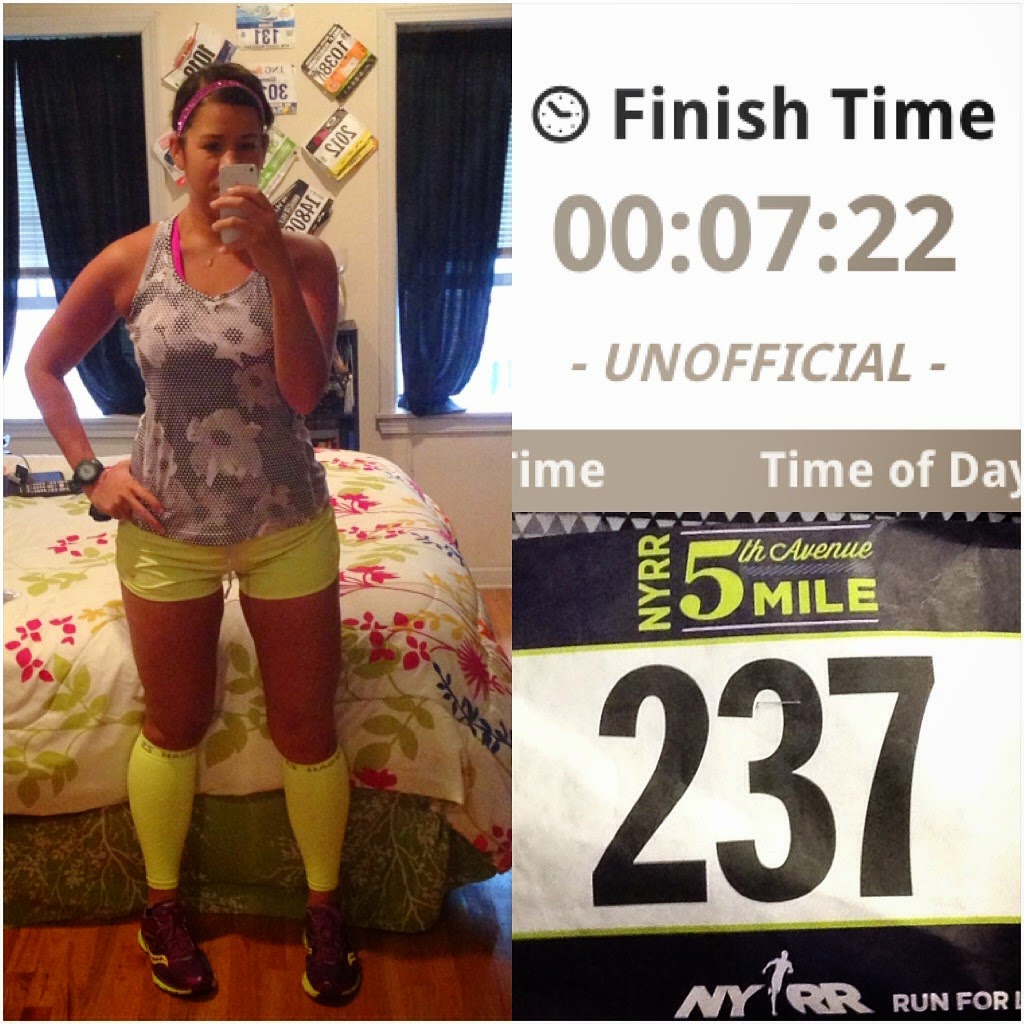 Of course since this was the first thing I had “raced” in a while I decided to put my times into a prediction calculator – and then laughed at the sub – 4 prediction. No. But I will take a 4:15 at Chicago and be happy! 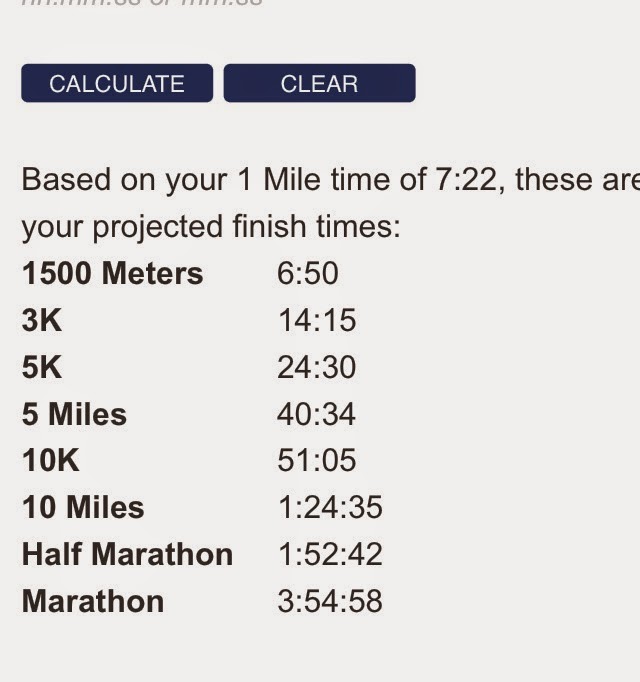 Spent the rest of the day getting groceries delivered and preparing for the 20 miles Sunday.

I woke up Sunday with no desire to run. I was a bit sore and my stomach was iffy. My friend had picked up my bib and temptation was high to not go to the city to run and sleep a bit more and do it. But I also knew I would blow it off for a long time if I didn’t go. So I hauled my ass out of bed and got to Central Park around 6:45. Sadly the Tune Up was set to begin at 7:00 and she didn’t show up until 7:2x so we missed the actual start. I didn’t so much care but I was COLD it was perfect for running but standing around waiting, not so much. I was SO stiff when I began running. I thought that the run was going to be shitty but after 3-4 miles I was in the zone!

Stomach rebelled at the end of the first loop and I stopped. Then I had a Gu shortly after and made another stop at mile 10 or so – my stomach and gu do not mix but I had nothing else at home, oops. I actually made it the next 10 miles without another bathroom stop. I was impressed with my stomach (especially since I did have another gu around 13 I think).

I finished the 20 in 3:23:39 an average pace of 10:11! For 3+ loops of Central Park and running “comfortable” I was thrilled. It was actually faster than I would have wanted. 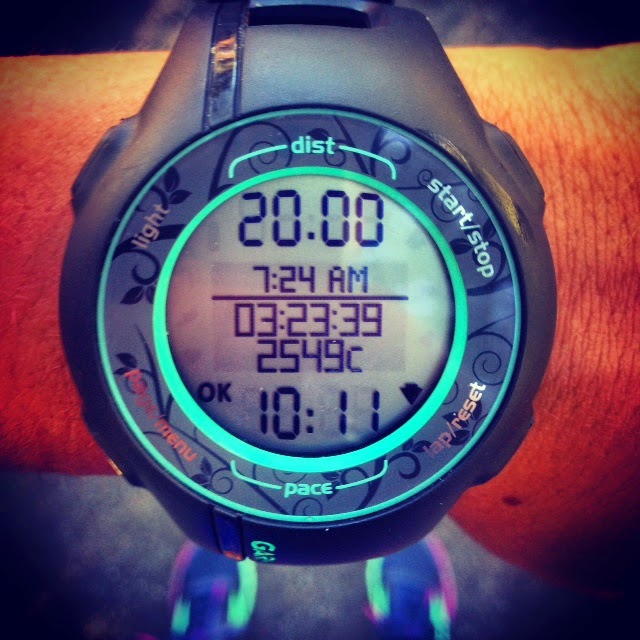 It took all my remaining energy to drag myself home, shower, cook something and eat before I napped hard. How do people do real life things without a nap after? Please share your secrets. 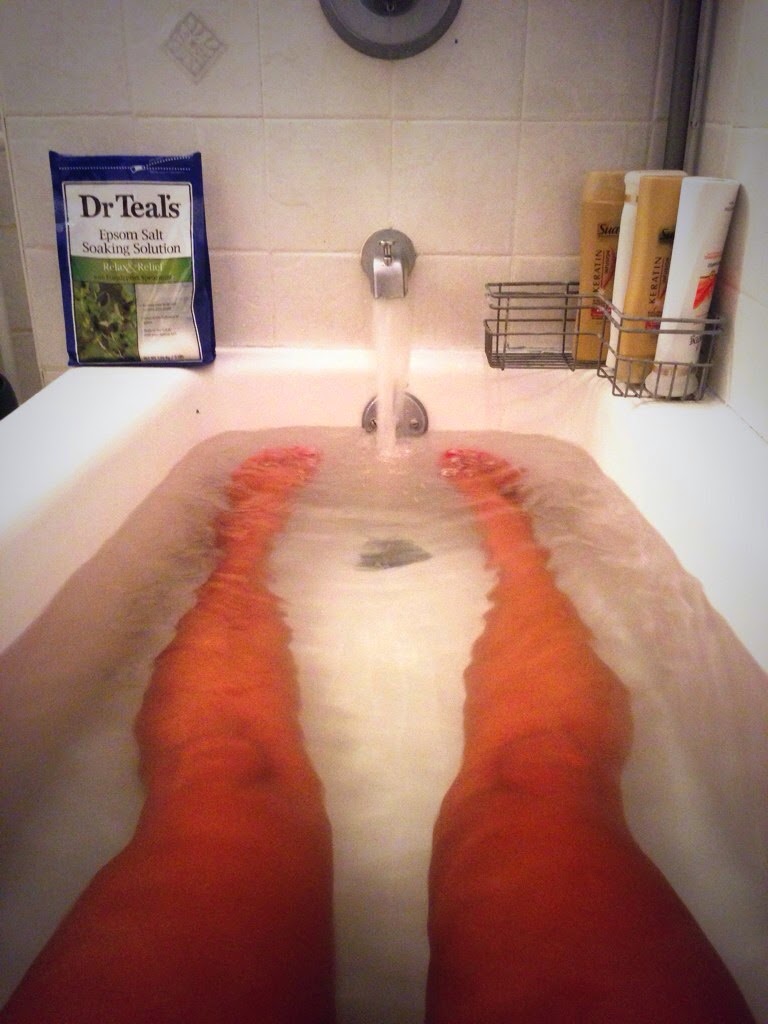 Now this weekend I have a 5K I just signed up for on Saturday (that I think I will race) and then a half marathon as part of my FINAL long training run before taper on Sunday! Holy crap Chicago is around the corner!!!!
Posted by Gianna at 12:03 PM