So remember that part where I was just running the NYC Half for the experience and a test of fitness…well I should know myself better. After seeing my splits and where it all went wrong I am definitely a LITTLE pissy that I didn’t treat it like a normal race. And happy that I maybe am almost warmed up again. I like racing in the cold but seriously THAT WAS COLD. I was genuinely concerned during the race if I would ever feel my fingers again (luckily around mile 4 I started to get some sensation...). 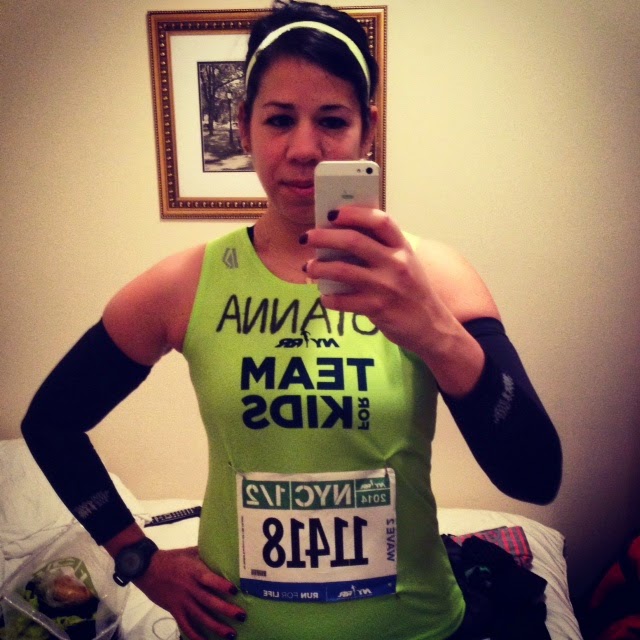 Long story short, I thought I would be lucky to be running in the mid to high 9’s – turns out after downloading my splits that I am in better shape than I thought as I was banging out miles in the 8’s – when I wasn’t stopped in the bathroom.

4, count them 4 stops throughout the race.

It all started with eating some stuff the day before that really isn’t ever easy on the stomach. However in my defense, I actually haven’t really had many runs with stomach issues. Race morning getting through security took a while so there was no time to use the bathrooms before jumping into corrals. I started the race acknowledging that yes I would have to stop shortly after, which I was okay with – and I did right before Harlem Hill and lost at least 2 -3 minutes there.

What I didn’t anticipate was then having to stop 3 more times, urgently. That was frustrating and in all lost a ton of time.

My splits speak for themselves. I was capable of a lot more than I gave myself credit.

I'm not going to do a mile per mile break down but basically I wanted to start out conversational, super easy to tackle the hills of Central Park - which I hadn't run since the NYCM in November. The whole time I felt like I was just cruising. As planned I felt good so consciously upped the pace a tad around mile 6. I was feeling good, and coming out of the park was just energetic! Now I think pace wise where I had the biggest problem was around 9 or so. I was feeling light headed. I ate a tiny bit of banana and bagel prior to the race and a little water. I was dehydrated completely and had no fuel in me. I tried anyway to walk through a water station and take in some Gu and water but that set my stomach churning yet again. The remainder of the race was a struggle between my legs wanting to go and my stomach issues and light headedness holding me back. This was a total lack of fuel and lack of being prepared situation. 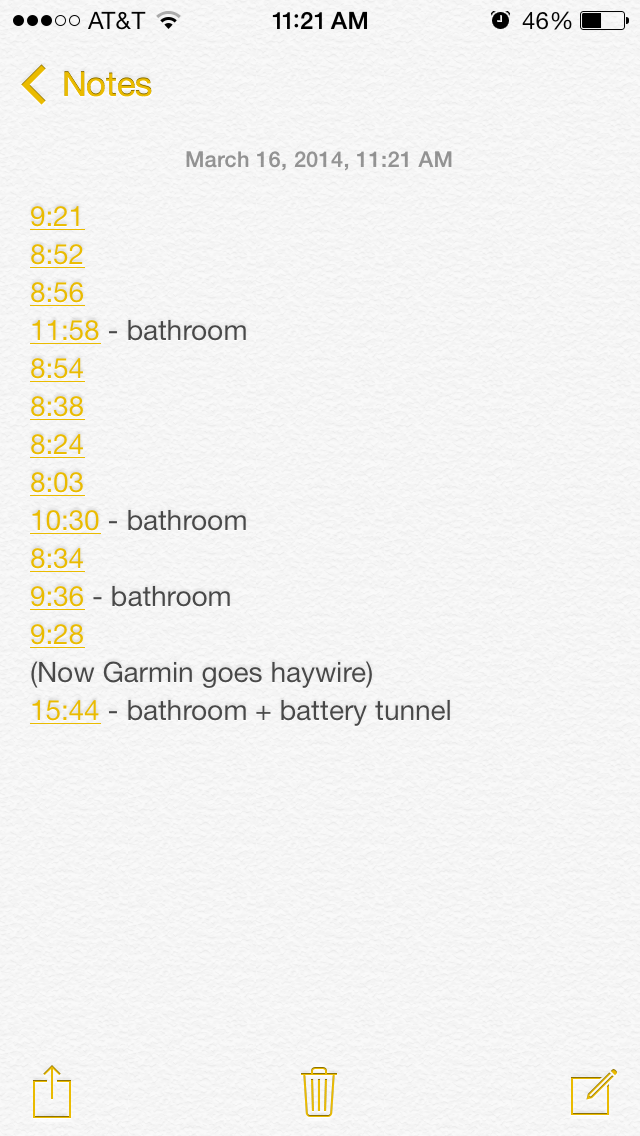 I have been a slave to the treadmill all winter and figured getting to the streets would be a lot harder (side note: totally attributing the 3 weekly body pump classes I do religiously to being able to run better than I thought - strength training FTW!). Kind of unfortunate but I learned an important lesson, always be prepared. I have of course had PLENTY of races where I did everything right and still had bathroom stops but I would rather know that I didn’t sabotage myself.

Other than that…I LOVE THIS RACE. Holy shit. I just can’t stop smiling thinking about it. I loved the course, loved running through the city and loved getting out of the park! Running down 7th, through Times Square…just awesome. 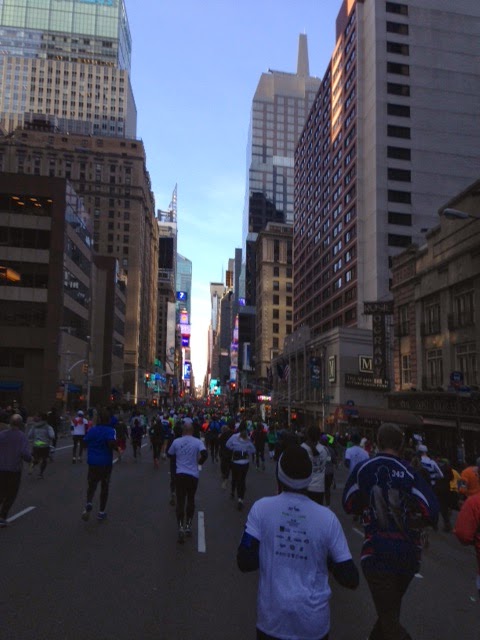 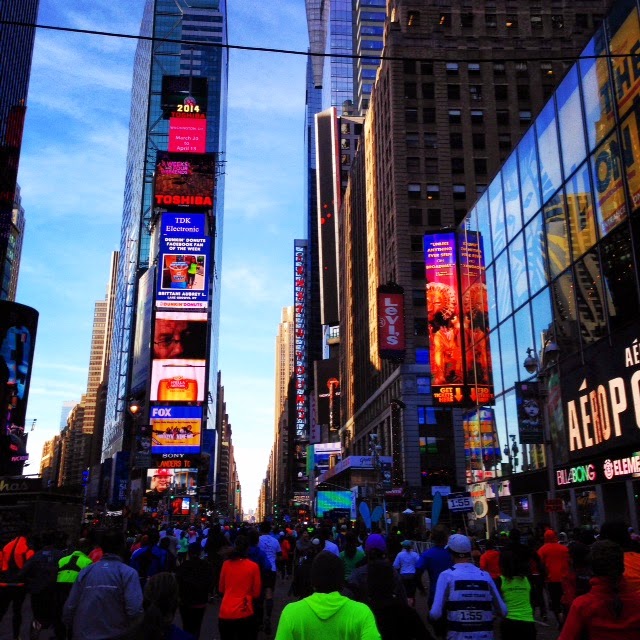 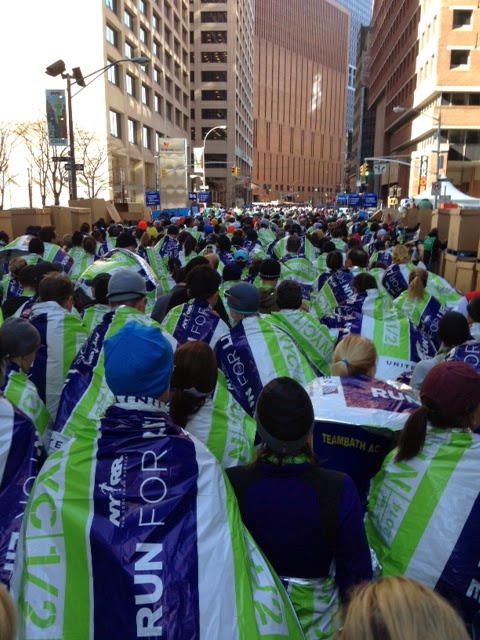 So I am thinking redemption and a true test. I signed up for an NYC Runs race on March 29th that I plan to maybe take a rest day and maybe focus on trying to do well in. Not PR but see for real where I am at. I think if  things fall into place that Brooklyn could then be a PR course.


So that is where my head is at now. I know that I am ready because I smiled through my shakeout this morning of a few miles, and wasn't sore go figure (that might catch up to me though). I don’t want to put a ton of pressure on myself either but I do think it isn’t the worst thing to have some goals. So for now – try and sub 2 in a couple weeks and then have 2 months to work towards a PR. We shall see. Just want to keep enjoying the run.
Posted by Gianna at 3:53 PM